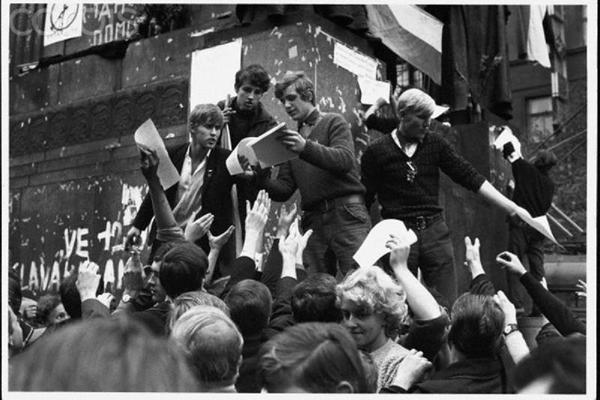 This international project considers 1968 as a historic moment between postwar austerity and the Thatcher-Reagan years. Its guiding themes are transnationalism and subjectivity: tracing the links between activists in different parts of Europe and collecting oral testimony which both models and subverts existing narratives.

Histories of 1968 have hitherto concentrated on the epicentres of revolt in the democracies of France, West Germany and Italy, together with the United States.  This project explores activism not only in the democracies (including Great Britain and Northern Ireland, Denmark and the Netherlands) but also in the dictatorships of  southern Europe (Franco’s Spain, the Greece of the Colonels) and in the Communist dictatorships beyond the Iron Curtain (the GDR, Poland, Czechoslovakia, Hungary and the USSR). It examines whether there was a common European ’68 or conflicting experiences, misunderstandings and time-lags between radical activity in different parts of Europe, and explores transnational links between European activists.

Conventionally, thinking about 1968 has been subsumed under one of two ‘grand narratives’: one that activism progressed from the political to the cultural, the other that it moved from youth culture to politics, from hedonism to Leninism. In this project the unit of analysis is the network as spun by activists engaged in a variety of forms of activism: political, religious and those experimenting with artistic forms and alternative forms of living; violent and non-violent; tackling questions of gender and the relationship between intellectuals and workers. The project has conducted life-history interviews with former activists belonging to these networks in order to explore how far their accounts reflect the dominant narratives and how far they challenge and subverted familiar stories.